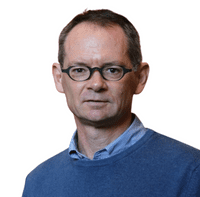 He graduated with a B.Sc. (Hons) from Melbourne University before spending two years working for ICI Research.  He then returned to University obtaining a D.Phil. from the University of Oxford and received post-doctoral training at the Institute of Biotechnology in Cambridge University. He returned to Australia in 1997 as a Vice-Chancellor’s Post-Doctoral Research Fellow at the University of New South Wales (UNSW) before commencing a lectureship at Flinders University in 1998 and then UNSW in 1999.  He was promoted to full professor in 2006 and in 2011 he was promoted to Scientia Professor, the highest award for research performance given by UNSW.

He has published over 440 research papers including Nature Nanotechnology, Nature Biotechnology, Nature Immunology, Nature Communications and Science Advances. He has also authored 14 patents and one text book. His papers have been cited more than 22000 times and his H-index (Scopus) is 74. He has won numerous awards including Eureka Prizes in Scientific Research and Mentoring of Young Researchers, the Faraday Medal of the Royal Society of Chemistry, the Elsevier Biosensors and Bioelectronics Award and the Katsumi Niki Prize in Bioelectrochemistry and the Heyrovsky Prize for Molecular Electrochemistry, both from the International Society of Electrochemistry. He has been part of the commercialization teams for a glucose biosensor that is sold worldwide  and an Australian based 3D bioprinting company. He leads a research team of over 30 researchers interested in surface modification and nanotechnology for biosensors, biomaterials, electron transfer and medical applications.