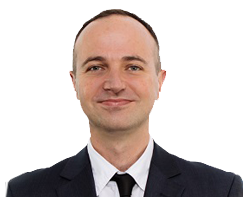 Luke joined Universal Biosensors as a Research Scientist in 2012, initially working in the areas of Coagulation, Haemostasis as well as Analytical and Electrochemistry. Now, as Head of R&D, he leads a team of Scientists that research, develop and commercialize new point of use devices that puts the universal power of biosensors into the hands of those who needs it.

Luke holds a Bachelor of Science in Biochemistry, Molecular Biology and Computer Science as well as a Master of Biomedical Science both from Monash University. He also holds an MBA from the University of Wales Trinity St. David.