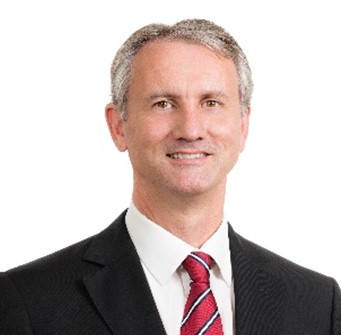 Mr. McLean has more than 20 years’ business and corporate governance experience and is an experienced senior executive leader with extensive service in the medical technology industry in Australia, Asia and US, most recently with Stryker Corporation (‘Stryker’) as President Asia Pacific from 2017 to 2020. Whilst at Stryker, Mr. McLean led a transformation of Asia Pacific to renew growth in Japan and China and led an accelerated growth strategy for Australia/New Zealand. Prior to his time with Stryker, Mr. McLean was Lion Nathan’s Finance Director International/Business Development from 2003 to 2005 and Director Group Risk Assurance & Audit from 2001 to 2003.

Mr. McLean is a Graduate of the Australian Institute of Company Directors and a Qualified Accountant (both CIMA and CPA). He holds a Bachelor of Science, Geography (Honours) (Durham University) and has completed 3 Executive Leadership Programmes (Harvard Business School).

Mr. McLean was appointed as an independent director of UBI in March 2022 and has been a member of the Audit and Compliance Committee and the Product and Projects Committee since his appointment to the Board.