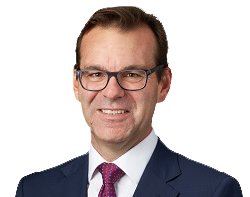 Mr. Coleman is an experienced investment and funds management executive. His career of 30 years has spanned banking and finance, corporate advisory and funds management. Craig was appointed as non-executive director in June 2016 and has served as Chair of the Remuneration & Nomination Committee since that date. He was appointed as Non-Executive Chairman of the Company on 7th August, 2017.